My Family and I visited Block Island last Sunday. Traveling from Orient Point, Long Island to New London, Connecticut was about a hour long and then from New London to Block Island, Rhode Island was another hour. Oh, goodness! Let me tell you, traveling below deck made me want to vomit. (Note to self: When sailing on the seas, stay on the high deck.)

So after the voyage and landing on Block Island, rental bikes and mopeds greet you all around. And you can also rent a car for about $75 for half a day which is certainly cheaper than taking an one hour tour for about the same price. And plenty of shops and food vendors are found all over the island from doughnuts to ice cream to calamari, so you’re never hungry.

Community wise Block Island’s goods costs 30 percent more as oppose to the mainland. Block Island owns one postal service and one medical facility that includes one doctor, nurse, nurse practitioner, and registered nurse.(Choppers are called in before hand for any major injuries.) There is also a Fire Department and police Station, somewhere. Tourism is its main industry.

In 1661, the Nederlands founded the Island and before then the Niantic tribe inhabited the island.

My family and I spent our time touring around the Island, visiting the famous Lighthouse and walking on the beach. I wasn’t impressed by Block Island, considering I’ve been to grandeur places with nicer beaches, such as Bermuda and Boracay, Philippines. Plus, I live about an hour away from the Hamptons and their beaches are gorgeous. Still, Block Island will be just a once-in-a-lifetime experience. 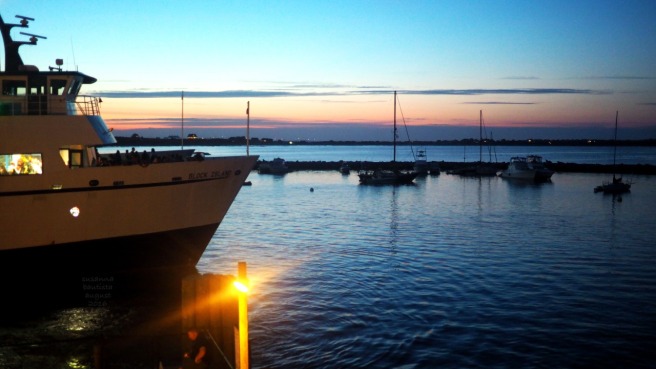 Hello! I’m a Filipina-American from New York, who enjoys traveling and learning. :D View all posts by Susanna Bautista